Wong (Mexico, 1982) is a storyteller. Paris D.F. was his first novel, for which he won the Dos Passos Prize in 2015. Three years later he won the Sor Juana Inés de la Cruz International Award in the short story category. Wong owns the blog and podcast El Anaquel, in which he writes about literature and culture. His forthcoming book is the volume stories Lotería mexicana (Mexican Lottery) to be published in Spain & USA.

In Paris D.F. everything begins with a map, or rather, with two overlapping maps. Arturo – the main character – is a young man who leads an anodyne life and walks the streets of the D.F. (Mexico City) looking for the 105 square kilometers of Paris – that dreamed space, external to cruelty – where the extraordinary can happen. One day, a robbery at the pharmacy where he works disrupts his life. The criminal, shot by the police, dies at Arturo´s feet, but the feeling that the bullet could have reached him is too disturbing. Nothing will be the same from that moment on, and he becomes obsessed trying to control his fate but everything goes in the unwanted direction: violence, sex, the crossing of times and parallel destinies. Reality and delirium are mixed in this novel in which Wong tells us about the law of probability and bad luck, but also about survival and aggressions of the cities we inhabit. Paris D.F. reveals a daring, original voice, capable of shaking us.

“Wong’s voice is powerful. The dialogues, the characterization of the characters, the omnipresent but always stylized violence, the very non-linearity of the story, all point to an author with plenty of resources, with a lot to tell.”   Care Santos, El Cultural

“… a journey to the center of the night where imagination, adventure and extreme delirium will be at the core of the pages of Roberto Wong’s first and extraordinary novel..”    Sergio González Rodríguez, Reforma 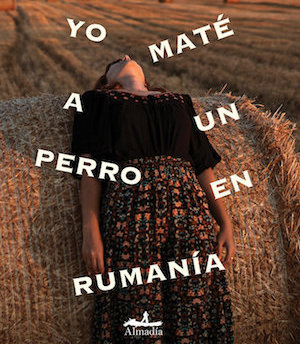