“Bones of San Lorenzo is clean and precise – from the beginning until the last page – through unexpected twists. Vicente is an excellent novelist and his novel a complete non-stop reading” Élmer Mendoza 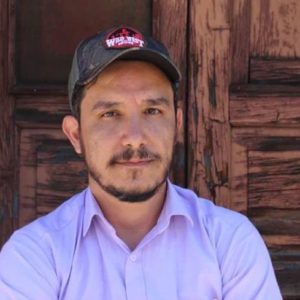 Vicente Alfonso (Torreón, México, 1977) is a journalist and author of the novels  Huesos de San Lorenzo (Bones of San Lorenzo – Sor Juana Inés de la Cruz International Prize 2015) and Partitura para mujer muerta (A score for a dead woman – Literatura Random House 2008) awarded in México with the National Noir Prize; the short stories books Contar las noches (Counting nights – María Luisa Puga National Short Stories Award) and  El síndrome de Esquilo (The Esquilo Syndrome, Ficticia 2007). Vicente has been recipient of the prestigious Foundation for Mexican Literature (twice), the Mexican Fund for Culture and the Arts of Coahuila State and also with a fellowship of the International Cooperation México-USA Program for an Artistic Residence at Winston-Salem (USA). He is currently a contributor of the cultural supplement ‘Confabulario’ of Mexican newspaper El Universa and member of the National System of Art Creators of Mexico. His latest book is the literary chronicles A la orilla de la carretera (On the Roadside, Carlos Montemayor Fine Arts Award to Literary Chronicles).

A la orilla de la carretera (On the Roadside) 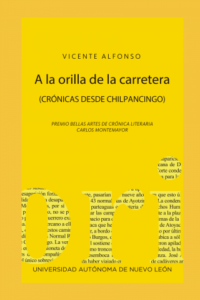 For tourists going overland to Acapulco (Mexico), Chilpancingo is a gray labyrinth glimpsed on both sides of the road. A small city, hidden between mountains and cliffs. Although the high-way crosses the city, there is little that travelers can see. However, much is happening on the side of the road. From diverse themes such as poverty, gender violence, the dirty war and enforced disappearances, this book attempts to portray this convulsive, fascinating and complex region. It also climbs the Sierra de Atoyac to follow in Carlos Montemayor footsteps, who in the mid-1980s visited the area to document a novel that literally changed Mexico´s history.

«Vicente Alfonso has captured better than anyone the hunger of the new generations to follow great men. He set out to rescue the victories and defeats of fighters like Carlos Montemayor and the peasants, students and social leaders who are heroes of recent times in Mexico. He knows what is talking about when describes the life of creation and death of our latest heroes. That is why On the roadside is moving and excellent. Vicente Alfonso’s vital and intelligent prose has been able to portray the best struggles of Mexico from the 50’s to the present and thanks to him and his creative capacity, we as his readers prefer Chilpancingo to Paris.» Elena Poniatowska 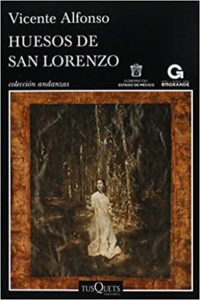 “Bones of San Lorenzo is clean and precise – from the beginning until the last page – through unexpected twists. Vicente is an excellent novelist and his novel a complete non-stop reading.” Élmer Mendoza, author of Silver Bullets (Tusquets Award), MacLehose Press

“Vicente explores a superior horizon, of a major complexity that other Mexican current stories. He knows how to elevate the expectations about the scope of Mexican noir novels.”  Sergio González Rodríguez, multi-award journalist, winner of the Anagrama Prize and fellow of the Rockefeller Foundation and the Mexican Art Fund.

“A complex and challenging artifact gifted of an expressive fluency an vitality.” Letras Libres

“Vicente Alfonso is one of the best contemporary Mexican writers. Bones of San Lorenzo is a extraordinary noir and literary novel at the same time, conceived as a juicy challenge for readers ability to multiply and look through a sort of One Thousand and One Nights done with guerrilla, impunity, adventure, love and a meeting with destiny.”  Martín Solares

“Vicente Alfonso not only accomplishes our expectations. He goes beyond and then, he ingeniously overlooks them with a completely different truth. The case is solved, however there is still much to be seen. Exciting.” Rudolf Neumaier, Süddeutsche Zeitung

Set in the North of México in the 1990s, Bones of San Lorenzo is the story of the Ayala: An identical twins whose identity conflicts lead to a struggle in which both come off badly. Bones of San Lorenzo is assembled from the testimonies of people who lived with the twins at different times of their lives and confront us to an enigmas tangled:

How much truth and lie are in the stories that twin Remo tells to his psychologist?

Remo´s psychologist – shocked by Remo apprehension and for the seriousness of charges against him – accepts to be part of the team that will defend his innocence. As time goes on, reality give more disturbing facts about Remo´s past and psychologist must conclude if Remo´s monologues are fantasies or confessions of appalling crimes.

What happened to the young seer nicknamed the Girl?

Is it possible to kill a man in a bar without anyone able to confirm the identity of the murderer? Was Remo? Was his twin?

In what circumstances their mother died and why people try to erase her traces?

Why her tomb is empty?

One twin lies and the other tries to accuse his brother?

The answers to solve these mysteries will reconstruct the history of Ayala´s family while merge and reinforce the premise of Bones of San Lorenzo: Any reality has infinitive interpretations. 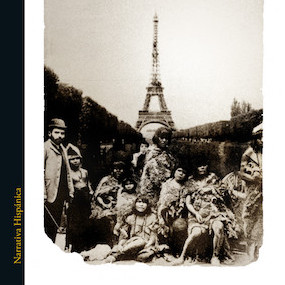