“A revealing story. The forces that go through us are much more complex than we thought.” Mario Mendoza 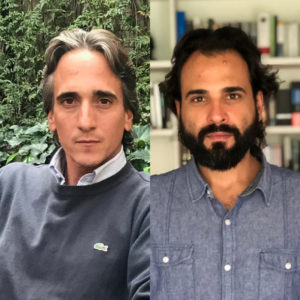 Juan José Gaviria & Simón Ospina (Medellin, Colombia) are friends from law school. Before and after graduating they have practiced multiple activities: Juan José as a publisher and currently general manager of a bookstore chain and Simón as a literary translator. 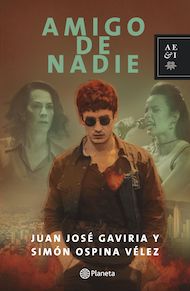 Nobody’s Friend reveals in an intense and disturbing way about how some elite young people appropriate the bloodiest habits of Colombian drug trafficking.

The corpses of a man and a woman are found in an apartment in Medellin, Colombia. What seems to be a common murder in the beginning, hides a sinister intrigue. The Detective Ricardo Saba is in charge of the case and soon discovers that the family of the victims has a suspect: Juan Camilo Mejía, alias Cadet who is a clansman of the most powerful family of Medellin and also a childhood friend of one of the victims. The fact that Cadet is the main one involved will expose a plot of un-expected facts.

A fast-paced noir that shows the moral decline that corrodes an entire society in a city of more than four thousand homicides a year. A city where the voice of a detective becomes the only consciousness that goes around the ins and outs of the most sordid of this story.

“A fundamental text to corroborate that we were all guilty of our history, which both hurt and made us ashamed.” Jorge Franco

“A revealing story. The forces that go through us are much more complex than we thought.” Mario Mendoza

“Shocking and real. The story of some rich young men pushed to madness by the tediousness of a well-off life.” Juan Gossaín