Journalist and Former correspondent in Washington and Jerusalem.

Joan Cañete Bayle (Barcelona, 1973) is a journalist with a bachelor’s degree in Information Science at the Universitat Autònoma de Barcelona. In twenty years of career as a journalist in El Periódico de Catalunya, Joan has been a correspondent in Jerusalem (2002-2007), Washington (2007-2009) and Head of Society section. Some of his highlights works are: The war in Afghanistan (2001), the Iraq war (2003) and the full US electoral cycle of 2007 and 2008. He is currently Deputy director of El Periódico de Catalunya. Expediente Badgad (The Baghdad File) is the result of his joint work with Eugenio García Gascón. His latest novel is Parte de la felicidad que traes (Leave something of the happiness you bring).

Four women coincide in the pediatric ICU of a hospital. Each one carry the burden of disappointments, silent, secrets but also joy and happiness that form the canvas of life. Three of them know each other from other stays in the hospital: They take care of children suffering from chronic diseases that oblige them to continuous hospital admissions. They are ICU´s mothers.

The fourth woman –Carmen– appears one night in the Emergency Unit because her daughter suffers a serious injury after being hit by a car and whose driver has run away. The hard blow will test Carmen marriage and her beliefs to let her discover that love also mean loneliness, that  silent hurt and damage as well, and non expressed feelings can leave anyone heartbroken.

In the parenthesis open in their lives after a long hospital stay, the four women will weave invisible threads of solidarity: They will laugh, cry, fight, live and share the weight carry on their shoulders. And together they will face Carmen´s most difficult decision. Because when someone cross the hospital door for the first time, they always leave something of the happiness they bring.

The Baghdad File is a race against time in barely seven days of chaos and uncertainty from the beggining of ground fighting between United States troops and those of Saddam Hussein at South Baghdad, until collapse of Husseins´ on  April 9th, 2003 while the State structure disintegrate and speed up rush of authorities and punished civilian population.

Rashid al Said -a traffic officer assigned to a station in Baghdad- receives a file from his  Superintendent who entrust him an investigation about the murder of children with learning difficulties. Rashid would not be obliged to accept the case, not only by the special city circumstances with the Americans very close, but also because he has been away from criminal investigation for years, only monitoring the traffic since one of his investigations was about to uncover a case of corruption on Basrah Army.

The Superintendent is sure Rashid (educated in the West, member of Sadam´s Baath party and of a irreprochable moral) sense of duty, prevents him to act like some of his colleagues and will do whatever it takes to find the culprit in despite of his wife pleas to flee as soon as possible to Damascus. 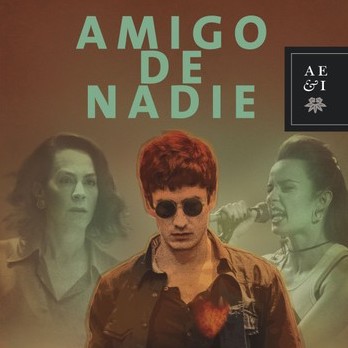