“A shrewd writer who knows how to enchant and capture reader´s attention.” Matías Rivas 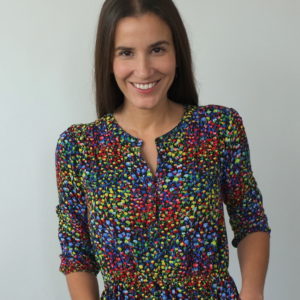 Isabel M. Bustos (Chile, 1977) studied Literature, Aesthetics and a master in screenwriting. Isabel had an early blog very famous in Chile  titled ‘Vey Bitch’ and now she works as a screenwriter, publicist and editor. She lives in Santiago and studies Psychology. Jeidi is her debut novel.

Author represented in collaboration with Laurel. 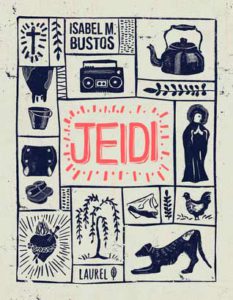 Jeidi is an eleven-year orphan peasant. People call her like that because she lives with her grandfather at the top of a hill, like the character of Johanna Spyri´s Heidi. Although he drinks very much, the grandfather is a good man: He works from sun to sun and does not neglect her granddaughter –the only family left after his daughter died while giving birth Jeidi. The girl´s father can´t be named in that hovel with dirt floor  where daily labour begins before dawn.

Jeidi is very religious, she sings like an angel and has a curious relationship with a grumpy, capricious God whom she sees and talk while holding a yellow little rag. Her earthly friends are the village idiot – who idolize her – and her schoolmates: Sharp Vicki and shiny Ariel. All together watch ‘Terminator’, smoke in the cemetery and go fishing in the river. It´s 1986 and echoes of modernity and Pinochet´s dictatorship scarcely resonate in Prat Town, where they have only one fireman but nobody would call him in case of fire because of his condition as a mason in a catholic population.

One day an archangel appears in Jeidi´s dreams and she awakes believing herself pregnant of a new Baby Jesus. She begins to experience all the physical symptoms of pregnancy, and certain misunderstandings in medical control convince everyone that the girl is right, even if she remains a virgin. This is how the processions to see her and touch her bulging stomach begin from the most remote places to ask for miracles.

Everyone has something to say or do about the case of the Holy Girl. Of course, it is the most important event that has happened in the history of Prat Town.

The novel takes place during the nine months of Jeidi´s psychological pregnancy, which is, of course the way a lonely girl deals with the guilt of her mother’s death and the confusion of facing terrifying female adolescence neither with company or training. An implicit parallel is established between the child who is coming, either from Heaven or from biology, and the girl who is about to leave: A girl losing her innocence on course to adulthood.

The charming gallery of characters that accompanies this waiting (an Irish seminarian, Jeidi´s father reappears, women with all kind of stories to share, a bunch of journalists following the scandal…) portray a rural microcosmos that at times borders on magic realism, a mystical testimony and cruel reality, but with a sense of humor that moves away the story from costumbrist nap of other times.

Isabel M. Bustos has a good ear to rescue the Chilean-speaking peasant as well as skills to get our attention on characters that may look naive at first sight – almost childish – with a fevered frantic pace until the last page. Jeidi has a story to live, a world to invent, a miracle to solve and the required energy to do it.

Jeidi is a history of the 80´s told in real-time, the current and instantaneous time that runs inside the head of a girl. And Bustos looks at Jeidi´s mind without paternalism or mercy.

“Jeidi is a luminous novel of unclassifiable genre, because it is realistic, magical, no naive, fantastic and critical at the same time. A fable – maybe an allegory – , a nostalgic and yet ironical evocation of a rural world already dissapeared.” Pedro Gandolfo, El Mercurio

“(Isabel´s) prose is smooth and accurate to narrate common facts that become enigmatic without stridency. When I read Jeidi, I felt like if I had grazed a slight and unprecedent experience.” Matías Rivas, Culto, La Tercera

“The way the story is presented is as appealing as the plot, and therefore it´s better that each reader personally faces Jeidi and her world: Her little rags, her black eyes, her bow tight with water, her innocence and candor, her 11 years of hill, sheep, cow and dog.” Rodrigo Pinto, El Mercurio 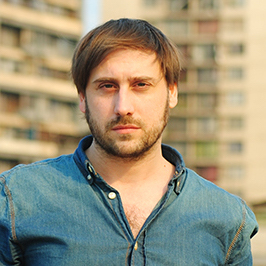