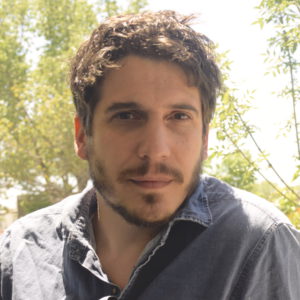 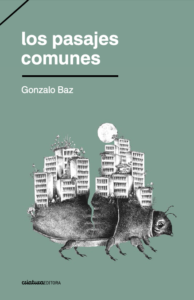 The past is a minefield of unordered images that explode with compulsive violence at the slightest carelessness. The protagonist of this novel left the housing complex of his childhood many years ago, but disturbing memories in full crisis return to him like apparitions from his adolescence. As if, in a distant galaxy, Sami and Lucas were still throwing stones from the rooftops, the police boxes are burning, the gunshots still echo around them, a trickle of blood running forever down the elevator shaft; as if the common spaces had become a labyrinth from which it is impossible to get out. A very mature first novel in which time is nothing more than a shock wave.

Gonzalo Baz delves into the life of the housing complexes where inhabitants’ attempt to destroy the spatial codes, imposed by a planning designed not to have a urban experience but just for transit. The common passages is also a novel loaded with violence and a realism that from time to time allows itself to be possessed by fantastic or supernatural twists. 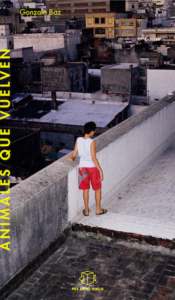 “Something is about to collapse, to be consumed by fire, or swept away by the flood. Love in decadence, terrible fathers and manipulative mothers, rodents breathing inside the shadows, and neighbors building their lives on the other side of the walls; a group of assholes with a .32 caliber revolver, an idiot on either side of his mother, amputated limb pains, transvestites with puppies, hunger artists and portraits of sleeping women. Everything is carried away by the water that runs between two countries, that falls on the streets of São Paulo and Montevideo, that cleans and washes away. Baz’s characters stay inside the reader when the book is already closed. Sometimes they hear samba, they smoke without wanting to or hear something coming from far away that rumbles in the night. I met Gonzalo Baz while listening to him to read an early version of ‘Tieté’, the story that is part of this volume. I was pleased then to discover his ability to create climates and lasting images, but above all, his concern to tell a story from the heart, without regard to poses or fashions. Some time later I celebrate the appearance of Returning animals, this first book of a very effective storyteller.”  Horacio Cavallo 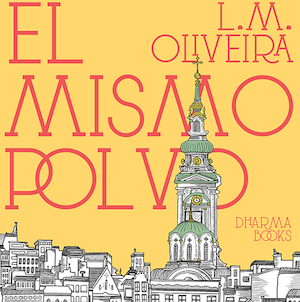