«An Orphan World is extraordinary... Everyone should read this book.» Garth Greenwell 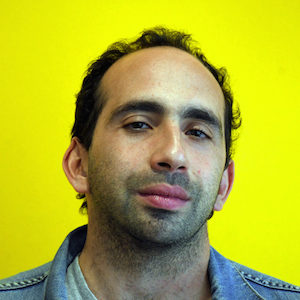 Compared to Cormac McCarthy and Garth Greenwell, Giuseppe Caputo was born in Barranquilla, Colombia, in 1982. He studied creative writing at New York University and at the University of Iowa. Also at Iowa, he specialized in queer and gender studies. Un mundo huérfano (An Orphan World) is his debut novel, and earned Caputo a place as part of the 2017 Hay Festival’s Bogotá 39 list of best Latin American writers under 40. He is also the author of several books of poems including Garden of Meat, and The Cage Man and Jesus’ Nativities. He is a contributor to Arcadia magazine and El Tiempo newspaper. After being Cultural Director of the Bogota International Book Festival for many years, Caputo now teaches creative writing at the Instituto Caro y Cuervo in Bogota. His forthcoming novel is Estrella madre (Mother Star). 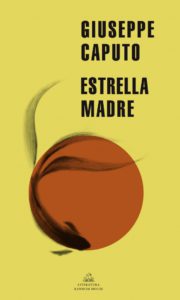 Defined by the author as a long fairy tale pervated by Latin American popular culture, Mother Star takes place in an imagined city close to a montain range. In that hybrid city – which is Andean and Caribbean – a man waits in his flat for his mother: No one knows where she is, why she takes so long to return. We will gradually get to know man´s difficult past and his extravagant world that surround him, composed mostly by neighbours as vulnerable as hilarious: a woman who passionately watch a soup opera, a supposedly pregnat – her belly sees full of pillows –, a man who takes care of his sick mother, a caretaker that quarrell them to pay the rent. In front of the building, there are disorient labourers that works in a construction that doesn´t progress. As time goes by, the protagonist begins to wonder if his mother will ever return and until when he can stand the waiting.

In Mother Star the characters try all the time to fill their world with images –symbolically– and with the different affective relationships that they strike up with their fellows. The novel begins with the protagonist looking at a blurred picture of his mother. From that image, which is fading, disappearing, he remembers his mother, thinks about the relationship they had and begins to narrate the world around him. Without his mother the world has become empty, but in light of this he keeps creating hope.

“Mother Star elaborates an extraordinary poetic of precariousness and resistance. Its characters, ultra-fragile, come together to reduce loneliness and thus avoid the final collapse of their lives. The son remains ritually waiting for his mother inside a building that imprints in its deterioration the harassment on lives chained to a mere survival, until the category of rubble. Humour, desire, anguish and debt are constantly circulating in bodies endowed with a necessary senselessness.” Diamela Eltit

“Between picaresque, humour and fable, Giuseppe Caputo has written a novel full of truth and poetry.” Fabio Morábito 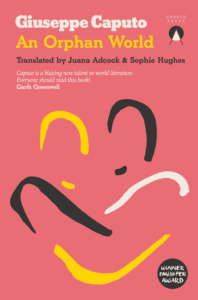 “An Orphan World is extraordinary: an unflinching anatomy of poverty and violence, a harrowingly brave exploration of desire, and also the most beautiful account I’ve ever read of a son’s love for his father. Caputo is a blazing new talent in world literature. Everyone should read this book.” Garth Greenwell

“How can one write with so much fury and so much tenderness at the same time? Cruel, luminous and hair-rising (…) A gem I cannot stop recommending.” Samanta Schweblin

“Giuseppe Caputo has rewritten Colombian violence. Original from beginning to end, An Orphan World starts from the known and raises it to a dazzling and rarefied strata of consciousness […] Read An Orphan World, its the birth of a great author.” Laura Restrepo

“An Orphan World is a break-up, provocative novel both in the process of narrative matter and in its precise and forceful use of the language. A deep sediment of sadness lie behind novel´s fuss as well as a feeling of abandonment and vulnerability in a land consumed by the forces of death. Caputo treats his characters with sympathy and even tenderness. Readers will be moved by this novel.” Horacio Castellanos Moya, author of Revulsion: Thomas Bernhard in San Salvador, New Directions

“I just finished reading An Orphan World and recommend that you to do the same with eagerness.” Emiliano Monge

“I was moved by An Orphan World: A brilliant, powerful and original novel.” Manuel Vilas

“An Orphan World is the novel of the year. And the novel of hope about other stories that will come up from such a fertile and beautiful mind.” Arcadia magazine

“With a setting reminiscent of Baz Luhrmann’s Romeo and Juliet, and characters as deliciously ambiguous, vivid and caterory-defying as Angela Carter’s Fevvers (Nights at the Circus), An Orphan World is a visionary novel about sexual orientation, loneliness and love, set in a world of both prejudice and order, and dazzling, chaotic liberation.” Sophie Hughes, translator

In a run-down neighbourhood, in an unnamed seaside city without amenities, a father and son struggle to keep their heads above water. Rather than being discouraged by their difficulties and hardship, they are spurred to come up with increasingly outlandish plans for their survival. Even when a terrible, macabre event rocks the neighbourhood’s bar district and the locals start to flee, father and son decide to stay put. What matters is staying together. This is a bold poignant text that interplays a very tender father-son relationship while exposing homosexuality and homophobia with brutal honesty. With delicate lyricism and imagery, Caputo is extremely original and creative producing a tale that harmoniously balances violence, discrimination, love, sex and defiance, demonstrating that the he is a storyteller of great skill.

An Orphan World is about poverty, and the resourceful ways in which people manage to confront it. At the same time, it is a reflection about the body as a space of pleasure and violence. Perhaps above all else, An Orphan World is a brutally honest love letter between a father and son.