“Toscana's strength as a storyteller lies in his ability to be appropriately sparse at one instance and expansive in the next.” Times Literary Supplement 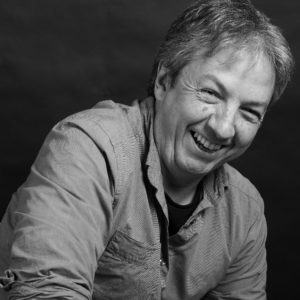 David Toscana, considered one of the most important contemporary voices in Mexican literature, was born in 1961 and lives in Spain. In 2003, he was guest of the Writers in Residence Programme in Berlin (DAAD). Toscana is a contributing writer at The New York Times and has been awarded an impressive number of prestigious literary prizes. His previous novel The Last Reader was shortlisted for Latin America’s most important literary award, the Rómulo Gallegos, and his latest novel  Olegaroy has won the two most important Mexican Awards: The Xavier Villaurrutia Award  for Writers and the Premio Iberoamericano de Novela Elena Poniatowska. His novels have been translated into 15 languages.

The City That Was Carried Away by the Devil  tells the story of four friends who try to get by in 1945 Warsaw, selling looted goods or burying corpses in the cemetery. Then one of them is arrested… As they are drawn into a maelstrom of bizarre coincidences, they finally manage to leave the abominable city behind. Writing with a good dose of irony, Toscana once again makes the reader believe that the weirdest things are perfectly normal. 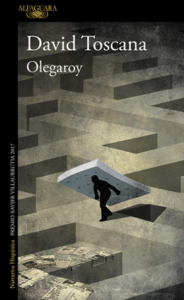 There are ostensibly small men who become big when faced with the arbitrariness of history. Olegaroy is one of them. Olegaroy is in his mid-fifties and lives with his mother in Monterrey, Mexico. He suffers from insomnia, on account of which he is obsessed with mattresses. One night, upon once again stealing his neighbor’s newspaper, he reads about the murder of a young woman and begins to study the case. The protagonist’s mother, along with a mathematician, a prostitute whom Olegaroy plans to marry and a priest, make up the unusual cast of characters for this story in which  Olegaroy generates ideas and actions that will later be resumed by the noblest figures of science and thought in history. Seemingly naive questions turn to universal repercussions in this thriller, satire and love story, which confronts the reader with the doubts that have plagued human beings since the days of ancient Greece. An incredibly funny and profound novel.

“A playful and comic novel of enormous stylistic daring and philosophical depth. It is a major work that demystifies the celebrities of the intellectual world and rethinks, with an astonishing handling of irony, the links between knowledge and everyday experience.” The jury of the Elena Poniatowska Prize

“An intelligent, wise novel with an enormous will of style in which the plot is weaved with surprising ease and a great sense of humor, which is not lost even in the multiple moments when Toscana’s writing reaches an outstanding philosophical depth.” The jury of the Javier Villaurrutia Prize

“Toscana’s strength as a storyteller lies in his ability to be appropriately sparse at one instance and expansive in the next.” Times Literary Supplement

“As evidence of Toscana’s exquisite control, the prose rhythm fluctuates too, between the whimsical rhythms of a magical realist heritage and a down-to-earth everyday, contemporary realism.” The Washington Post

“A gifted writer who seems poised to inherit the postmodernist mantle of Carlos Fuentes. … Toscana is ready to join the ranks of Latin America’s finest novelists.” Kirkus Review

“Here’s a novel about heritage, about finding out who you are, that doesn’t make you gag with its narcissism, that does not do the Latin American cha-cha-cha routine – the magical realism, visionary gypsy border-gal thing that turns lesser novels set in Mexico into TV sitcoms.” Los Angeles Times 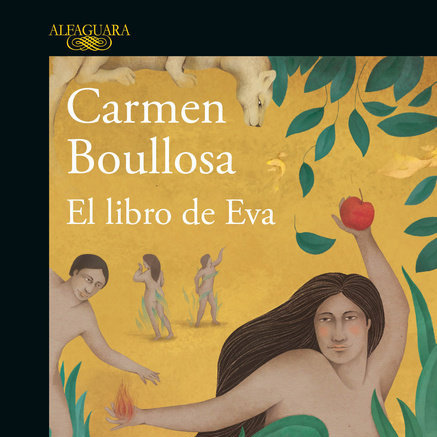