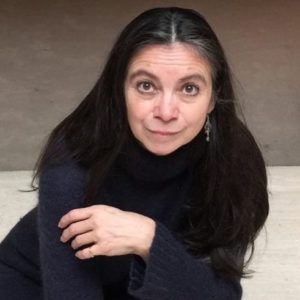 Carmen Boullosa (Mexico City, 1954) is one of Mexico’s leading novelists, poets and playwrights. The prolific author, who has had literally scores of books, essays and dissertations written about her work, has been lauded by critics on several continents. “As playful as a mischievous Puck,” says Elena Poniatowska; she has “a heart-stopping command of language,” says Alma Guillermoprieto; “one of the most dazzling of Latin America’s new generation,” according to Publishers Weekly; “Mexico’s best woman writer.”  Roberto Bolaño.

Some of her seventeen novels deal with historical themes – the world of Moctezuma, the early Colonial period in Mexico City, the life of pirates in the 17th Century Caribbean, the era of Cervantes – and some have been translated into Italian, Dutch, German, French, Portuguese, Chinese, and Russian. The most recent translation, published by Coffee House Press, is El libro de Ana (The Book of Anna), translated by Samantha Schnee.

Her novel Cleopatra Dismounts, (at Grove Press) “lavishly reimagines the life of the legendary Cleopatra of Egypt in a daring intermingling of fantasy and history,” according to one reviewer, and the Washington Post spoke of the book’s “exhilarating” and “incantatory prose” which left the reader “yearning for more of this talented author’s work.”

With Salman Rushdie, Boullosa co-founded the Mexico City House for Persecuted Writers at Mexico City, and together with Rushdie and Distinguished Professor of History Mike Wallace, she has been exploring the possibility of a similar operation being established on Governor’s Island.

Since 2005, she has co-hosted the CUNY-T.V. the NY EMMY award winner Nueva York, in which she interviews major Spanish-speaking writers, artists and intellectuals.

In 2007 she co-founded Café Nueva York, a group of writers who work in Spanish and live in New York, dedicated to reclaiming the forgotten legacy of their forebears who also wrote in Spanish and lived in New York. She was a consultant to Nueva York, a major exhibition to be mounted by the New York Historical Society, on the 400-year history of New York’s relations with the Spanish-speaking world. Carmen´s new novel is El libro de Eva (The Book of Eve). 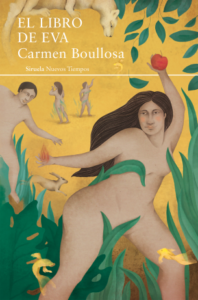 “If it were true (it definitely is not) that Adam was created of dust and a single breath, the first was carried by the Angel of Death, and the breath that gave him life, therefore, was one of dread and hatred.”

What if everything they’ve told us about the Garden was the other way around? Faced with what appears to be an apocryphal manuscript containing ten books and 91 passages, Eve decides to tell her version: she was neither created from Adam’s rib, nor is it exact that she was expelled by the apple and the serpent, nor is story they tell of Abel and Cain true, neither that of the Flood, nor that of the Tower of Babel…With brilliant prose, Carmen Boullosa gives a twist to the book of Genesis to dismantle the male figure and rebuild the world, the origin of gastronomy, the domestication of animals, the cultivation of land and pleasure, through the feminine gaze. Based on this exploration, sometimes fun and other times painful, The Book of Eve takes a tour through the stories they’ve told us and which have helped to foster (and cement) the absurd idea that woman is the companion, complement, and even accessory to man, which opens the door to criminal violence against women. Boullosa refutes and breaks them in this feminist novel, foundational and brazen. 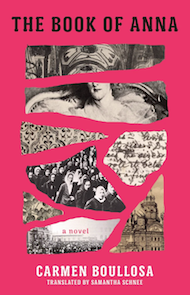 In this continuation of Anna Karenina´s legacy, Russia simmers on the brink of change and the stories that have long been kept secret finally come to light.

Saint Petersburg, 1905. Behind the gates of the Karenin Palace, Sergei, son of Anna Karenina, meets Tolstoy in his dreams and finds reminders of his mother everywhere: the vivid portrait that the tsar intends to acquire and the opium-infused manuscripts Anna wrote just before her death, which open a trapdoor to a wild feminist fairy tale. Across the city, Clementine, an anarchist seamstress, and Father Gapon, the charismatic leader of the proletariat, plan protests that embroil the downstairs members of the Karenin household in their plots and tip the country ever closer to revolution. Boullosa tells a polyphonic and subversive tale of the Russian revolution through the lens of Tolstoy’s most beloved work.

“Anna Karenina’s children and other fictions of Tolstoy’s—who know they aren’t exactly human—intertwine with Carmen Boullosa’s own fictions, who think they are real, and also with the Russian Revolution. A delightfully original and enjoyable book—Russian literature seen through Latin American eyes, and made into something new.” Salman Rushdie

“What does it mean to say that a fictional character has so infused our collective imagination that she’s ‘taken on a life of her own’? And what if the very vitality of her fictional portrait is what seems to deny her the possibility of living that life—or telling it as her own story? Carmen Boullosa plants an anarcho-feminist bomb in the afterlife of Tolstoy’s novel—and then lovingly collects the scattered pages and bloodied rags that she’s let fly, assembling them into a dreamscape where author, character and reader might finally be pressed to recognize one another’s autonomous voice, and humanity. Historical and yet uncannily actual, readerly and yet deeply writerly, The Book of Anna is a much-needed reminder of the performative power of fiction in unjust and turbulent times.” Barbara Browning

“A beguiling return to the world created by Tolstoy. This beautiful translation takes Anna Karenina’s story a step further, showing how a single tragedy ripples across generations.” Elliot Ackerman, author of Waiting for Eden

“For sheer inventiveness and mischievous brio, few contemporary novelists can match Carmen Boullosa. In this, one of her best novels, a nineteenth-century Russian masterpiece is both updated and turned on its head. Comedy and tragedy, realism and fantasy, are all blended flawlessly. The result is a delicious, spicy literary borscht.” Phillip Lopate 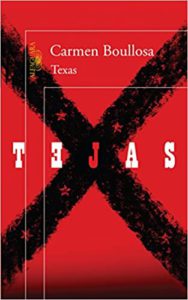 Loosely based on the little-known 1859 Mexican invasion to the United States, known as the Cortina Troubles, Carmen Boullosa’s newest novel Texas is a richly imagined evocation of the volatile Tex-Mex borderland, wrested from Mexico in 1848. Boullosa views the border history through distinctly Mexican eyes, and her sympathetic portrayal of each of her wildly diverse characters — Mexican ranchers and Texas Rangers, Comanches and cowboys, German socialists and runaway slaves, Southern belles and dance hall girls — makes her storytelling tremendously powerful and absorbing. With the Mexican-American border such a front-burner concern today, this novel that brilliantly illuminates its historical landscape is especially welcome. Texas is Boullosa’s fourth novel to appear in English. 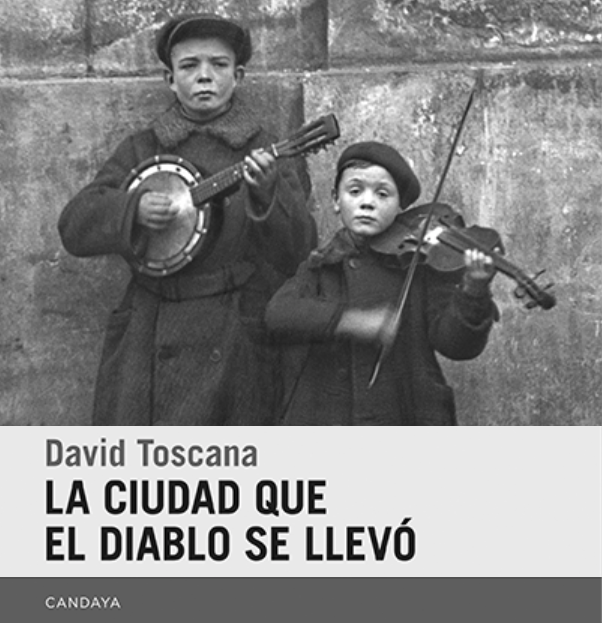